A Portrait of Childfree Struggle 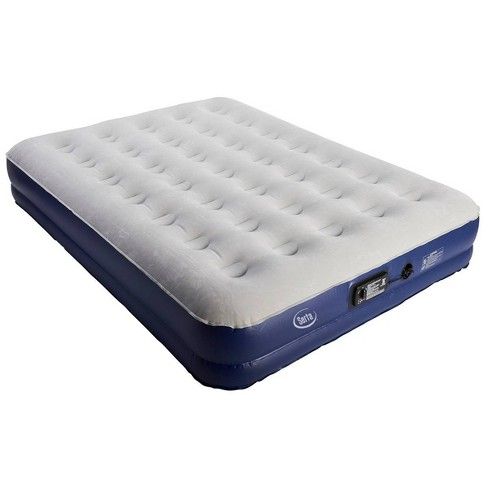 This portrait is one of 26 presented in my new book, Portraits of Childfree Wealth, available for order now on Amazon, Barnes & Noble and everywhere books are sold.

Carly32 years old, Female, Married, ColoradoBachelor’s in Business, working on a MastersPart-time work in IT while finishing school

Carly, like many others in the US, is struggling. Her husband is Bulgarian, and they moved back from Bulgaria to the US at the end of February 2020. We all know that COVID would reshape our world days later, but the reality is that you couldn’t pick a worse time to move and restart your life. Since that time, Carly and her husband have struggled to make ends meet while Carly went back to school for a bigger and brighter future. The one thing that makes it easier for them is that they are Childfree.

“We’re going to make it. I’m just worried. The walls are closing in, and there’s going to be so much pressure. Especially from his family, but we will make it. It’ll just be irritating for a while.”

Carly has been clear on her choice to be Childfree since about 22:

“I think when I was about 22, so like almost a full decade ago. I was having a conversation with a friend who was around my age. She had already decided to be childfree, and it had never even occurred to me up until then that it was even a choice. I just thought, [having kids] is what you do. It’s the life script. It’s what’s expected of you from your family and society. And I had some really good conversations with my friend about that. Everything she said resonated with me, like why she didn’t want kids. It’s like, wait a minute that I feel that myself and some of these things that she was saying would be a good reason not to have a kid. I started thinking, why do I need to sign myself up for this? It was a really quick transition from being in the back of my head; I’m going to probably have kids one day too; no, I’m not doing this. This is not for me.”

Carly’s husband was kind of ambivalent about having kids but was okay with being Childfree. They did discuss it early on, but no drawn-out debates; he was just cool with it. Carly sees the most significant benefit of being Childfree to be not having responsibility for a child:

“I would say, not having that responsibility [of having kids] and not having all the stress that has come with a pandemic and like having a small child or kids in school. I have family that has gone through that with their kids, and I cannot imagine the levels of stress they went through. It was bad enough not having kids, especially in the beginning. I just kept thinking in the back of my mind, like, thank God, I don’t have a child that I have to figure out how to protect from this whole crazy crisis [COVID] that’s going on.”

Carly only has one regret about being Childfree:

“The only time I regret anything is when I feel like members of the family get more attention. This is actually really petty of me, I’m sure. They get more attention when there’s a pregnancy announcement. I’ve written articles that have been published. I’ve been in school, making great grades for almost a decade. Now I’ve been in and out of classes, and it’s like, oh, whatever, she’s doing that, that’s fine. And when somebody is pregnant, oh my gosh, we have to make a huge deal about it. I mean, it’s not enough that I would want to have a baby just for the attention, but it does irritate me. Especially the older I get. I’m like, why did I have to choose something that makes me feel so ostracized sometimes?”

Carly loves to travel. One day she would love to open a travel-related business. She was on that path at the beginning of 2020, but then COVID hit. She is currently working on finishing her Master’s degree and figures she will have to work some other job to get some stability before following her dreams. She has the passion and dreams to start a business, but it is just overwhelming to think about now. Right now, Carly and her husband are just trying to make ends meet.

“Early on in the pandemic when we were kind of struggling. We did not have a couch. We didn’t even have a real bed for a while. We had to sleep on an air mattress… I did have somebody ask me once; Where does all your money go? Because you don’t have kids [and must be rich]. I’m like, well, I have rent, I have a car. And these things are ridiculously expensive. Rent was horrific where we were. I couldn’t even imagine having to have a two-bedroom. It was insane. But yeah, they were still; where’s all your money? Like, I can show you my bank account.”

When they moved back to the US, Carly took a job that was terrible, and her husband’s work was cut. He is a graphic designer and artist, and 2020 was a bad year. I asked Carly if they have financial goals:

“Not anything sharply defined right now. It has kind of been like broader goals. The first one is, finding a job is that is a certain percentage more than what I’m making now. Same thing for my husband. He’s getting into some coding classes to hope, hopefully, find some kind of work that can supplement [his artwork].”

“That’s hard because I feel like I need money to follow my passions. If I could follow my passions and survive, that would be fine. I think I would be fine with that as long as I loved what I did. That’s such a catch 22 for me right now. Not having money is why I’m not following my passions like this second. I would definitely rather have some kind of job that allowed me to do what I loved. Even if it didn’t pay an amazing amount of money, that would still be better preferable for me.”

Knowing their situation, it was a terrible question for me to ask, but it is a choice we all have to make each day. Do we follow our heart and passions or follow the dollars. Carly and her husband have no problem living in a small apartment or giving up nice things if it means they can follow their passions. “We’re perfectly happy with like a small space and modest things.”

Carly and her husband are debating living in the US or Bulgaria. Carly has family in the US, and he has family in Bulgaria. They did live in Bulgaria for a while and enjoyed it. Now it is just a question of what they want to do after Carly finishes school:

“We’re kind of really starting to lean towards Bulgaria at this point for a lot of reasons. The health care system in this country has been a big problem for us. Even just the cost and the trouble to get insurance. And then the insurance is awful. You don’t have these problems in Bulgaria. They have public health care. It’s not quite as good as the public health care that the UK has, but it’s close. It’s leagues better than here. The cost of living is just getting out of control here, and wages aren’t matching it. It is the same in Bulgaria to an extent, but you don’t have this really drastic difference between the two. Wages are keeping up better with rising rent and food and that kind of thing. We’re thinking, you know, these financial goals we have, it might be easier to meet them if we’re there. If we could work remote jobs, that would open up a lot more for both of us.”

Carly and her husband are working through the mountain of paperwork to handle visas and citizenship for Bulgaria. They aren’t alone. Living as an expatriate is becoming popular. There are some interesting tax and financial considerations, but it may make sense for Carly and her husband. They originally planned to live in the US for a while so that her husband could see what it was like, and then decide where they wanted to live. They made the move just before COVID hit:

“I think we were on one of the last flights that didn’t have a mask mandate. There were no masks on flights because there was still like, oh, it’s going to go away in a couple of weeks. And then we get here, and just everything is on fire. We were just like watching this dumpster fire unfold. It turned out that a global pandemic needed not to happen at the same time as everything we had planned. That’s where the heart of the struggle stems from.”

Being Childfree helped them get through the struggle, and if they had a kid, they may not have made it:

“The worst part of everything, which was that towards the end of 2020, before we had the vaccines and everything, a lot of stuff happened at once. Not just, you know, on a global level, but on personal levels, a lot of stuff was happening. My mental health took a hard hit. Like it was hit harder than I think it’s ever been hit in my life. I don’t think I could have taken care of a kid, even if I wanted to. I mean, I might’ve had to tell my husband, you know, take that kid away, or I might wind up hurting them. I was in some really dark places. I had no patience. I was snapping at people. I was getting maybe two or three hours of sleep at night because my insomnia was horrible during that period. I don’t think I could have had a kid under my roof and expected it to end well during that period.”

The combo of COVID and dealing with family and bureaucracy in both countries have pushed Carly and her husband to the edge:

“It was hard with COVID and trying to deal with the bureaucracy on both sides. My husband was trying to establish residency here while I’m trying not to lose mine over in Bulgaria, just in case we have to, pick up and go. Add that to challenges with people in our family. Both of us have people on each side that there’s been a pretty bad division politically. And around the elections, that got very bad. Then when the vaccines came out, it kind of reared its head again. Then I burn out from work. I was so severely burnt out and exhausted and underpaid and all that piled up at once. It was bad.”

Carly and her husband keep moving forward. They have each other and their passions. Being Childfree allows them freedom but still results in pressure from family. Add that to the world being crazy, and the struggle is hard.

“I need to remind myself because I’m not alone. Sometimes I feel like, especially when surrounded by all these people, sometimes my therapeutic thing is to go on the childfree sub-Reddit and read for a while. And know, you’re not alone. You’re not alone. It’s okay.”