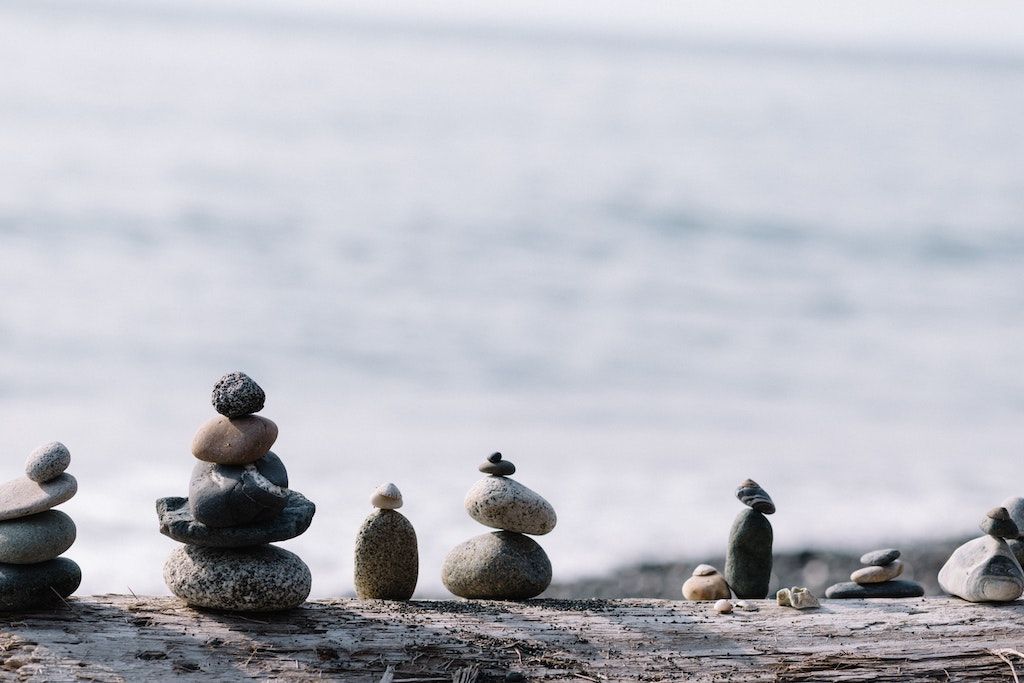 This portrait is one of 26 presented in my new book, Portraits of Childfree Wealth, available for ordering now on Amazon, Barnes & Noble and everywhere books are sold.

Jesse and his wife live in an RV in Colorado. He is a self-employed video game developer, and she works in Healthcare. They have been married for ten years, are childfree, and have two cats. Jesse and his wife have made being childfree part of their plan of intentional balance.

“We are past the Analysis Paralysis stage, which kept us from seriously pursuing anything interesting or extraordinary for a few years after we were married and financially stable. Once we decided to make our childfree life plans concrete, I quit my job to pursue a career in arts/entertainment. My wife has her eyes set on quitting health care soon to travel the continent together in our RV and work on the road. These are things we would never have considered if we had children.”

Jesse started his life by spending almost a decade in education and as an elementary school teacher. He enjoyed the job and the kids, and they weren’t set on a childfree life from the start. It wasn’t until a couple of years ago (when they were about 33 and already married for eight years) that they decided to be childfree:

“Originally, we didn’t make any proclamations or decisions [about being childfree]. When my wife and I first started dating, we both kind of had it in our minds that we wanted between two and three kids. It was something that we hadn’t given much thought to. We just had never been in serious relationships that got to the point where you started thinking about children. I started working as an elementary school teacher, and my wife was working in a residential setting with teenagers as a social worker. So, we got a lot of it [kids] out of our system. We saw parents’ struggles and their wins and things like that. We started thinking, is this something we want to sign ourselves up for? As we started to think about it more seriously, we both came to the realization was like, well, that’s not really for us.”

“I’ve been reading Mr. Money mustache since 2012 or 2013, pretty much right after he kicked his site off. One of the articles that he wrote that stuck with me was to build the life that you want to retire to. Regardless of whether you’re financially independent or not, start living that way and see how much you like it. Over the last ten or so years, that’s exactly what we’ve done. I am to a point where I would not change much of anything at all. They refer to it often as the boring middle when you’re saving for retirement and you’re not close enough to your goals to cause any excitement. You’re past the honeymoon period of wow; look at how much I’m saving. That’s kind of where I am. I can work very consistently and meet the goals that I want vocationally or avocationally.”

Jesse isn’t sitting around and doing nothing. He has a set of goals and is intentional in everything he does:

“I’m very intentional. I work on my game every day. I walk every day. I lift [weights] twice a week only because my body doesn’t respond well to lifting every day. I need more recovery than that. I don’t have weekly goals per se because my days all kind of blend together. There’s not a weekday in this style of living that I’ve chosen. I like it that way. I do have monthly goals that I set for myself. I put in 83 hours on my game because it works out to a thousand a year. And I feel like that’s a good goal for my mental health. I want to walk 83 miles a month as well. I set a goal for this year that I wanted to between my hours worked and my miles walked, I wanted to reach 2022, which is what that works out to. So as far as financially, the goals kind of take care of themselves when you live as consistently as we do. We do kind of technically have some savings goals. For the month we are right this year, we’re trying to cut down on our food spending a little bit. We do a little bit more bulk cooking and things like that. Socially, we have goals. We try to talk to our family a certain amount, and I stay in contact with my best friend who lives in Texas. I try to read as much as I can in my off time when I’m feeling it.”

To top all of that off, Jesse has now completed NaNoWriMo twice. For those unfamiliar, it is a program designed to support writers. To achieve NaNoWriMo, you have to write 50,000 words towards a novel, and he has done it twice.

Jesse is living what I call a FILE (Financial Independence, Live Early) life. Many are familiar with FIRE (Financial Independence, Retire Early), where the goal is retirement. Retirement is an on/off switch for work. FILE is more of a dimmer switch for work. Jesse and his wife have made decisions in their life to allow them both to live the life they want and follow their passions. Jesse wants to make a “mark” on the world with his game and work, working hard to do that. They have chosen to live in an RV (which I could never do with our two English Mastiffs) and found a balance between making and spending money. They have a retirement plan in process, but the goal isn’t the traditional retirement, but just a quality of life. Jesse’s intentional balance is like having that FILE dimmer switch set just right.

I heard much of my own story in Jesse’s. I shared that my wife and I have embraced a “Gardener and the Rose” approach to life. The principle is simple. In couples, there are times when we each need to be either the gardener or the rose. The gardener’s job is to provide all the support for the rose to grow and shine. It is not about gender or gender roles. Right now, I’m the gardener, so my wife can grow in her profession (we just moved 1200 miles to make that happen). We take turns as the gardener and the rose, and Jesse said that it fits them also:

“That [the gardener and the rose] sounds like a carbon copy of our story. We started dating when I was 20, and she was 18, so I graduated before she did. I worked as a teacher for a couple of years while she finished her education and then went into her master’s program. For the first three, four years, I was the breadwinner. Then she started working, and I made the jump to instructional design, so she was the breadwinner for a bit. Then I was making good money in an instructional design, so she jumped to a lower-paying job that was less stressful. When we moved to Colorado, I took some time off to get my head right. She started working at the hospital and started making good money. That’s where we are now. Maybe it’ll be my turn next to make more money for us, but we’ve always kind of maintained between 30 and 60% savings rate. So, it’s given us a lot of options and the ability to do what we want.”

Being childfree and supportive of each other allows a couple to achieve some fantastic things. It wasn’t always easy for Jesse and his wife on their journey to financial independence:

“When I first discovered the FIRE movement and first started caring about that sort of thing, I had $70,000 in student loans. I was making 35,000 a year, and for my first year teaching, my wife wasn’t working. We were living in a tiny little apartment. There were many things about my life that were like screaming emergencies. It gave me a lot of incentive to save and cut back. We needed to be minimalists. We needed to do these things because we can’t live like this forever.”

Now that they have achieved financial independence, their life has changed:

“My mind has completely shifted. I could live like this for a long, long time and expect to. So, I don’t get caught up on the minute details of oh my gosh, we spent an extra a hundred dollars on beer this year compared to last year. There’s so much fat in our lifestyle. It may sound funny to most people, coming from someone who lives in an RV and our annual budget is like $26,000 or whatever, but there’s fat to trim. We do live a cushy lifestyle, and it’s kind of embarrassing even to admit that. We’ve been very intentional about things for so long that it’s kind of like habit now. We’re not worried about anything in our control. You know, there’s always the things that could go wrong, health-wise or familial issues or whatever, but we’ve kind of reached the autopilot stage.”

They are happy living in their RV and not worrying about money much. They don’t have debt, and it is ok to live on one salary. Jesse’s game may make good money someday, but there are no guarantees. He has learned to give himself grace and not beat himself up if he does not make his goals. He makes progress every day, and as long as he is on track for his goals, he’s happy:

“I’m pretty close to the track that I want to be on. I feel like any more anxiety or effort put toward reaching goals could be counterproductive or make me feel like I’m not doing a good enough job. One of the things I had to learn right away when becoming self-employed was learning how to give myself a little grace and cut myself a little slack. I’ve always been kind of one of those obnoxious high achieving types. And so, if I’m not the best at something right away, I can beat myself up for it pretty hard. I try not to do that now that I need to be a more, a little more well-balanced.”

I give Jesse credit. He is a lot further than I am at this point. I enjoy what I do, but when I’m staring at my goal of writing 2000 words today, and nothing is coming, it can be devastating.

Jesse focuses on leaving an “impact” on people’s lives. It does not truly matter where or how, but he wants to leave that impact by the time he goes (and I’m sure he will):

“I that our time here very important. Our life shouldn’t be something done unintentionally. To me, my legacy should be more to help people to live intentionally. I want to leave my impact and thumbprint on people’s lives after reading or playing a game I’ve created. Or maybe remembering some conversation that we’ve had or some blog posts that I made. Something that makes people kind of rethink living their life on automatic, or just going through the motions, or wasting their time with things that in the end they’re not going to think are very important.”