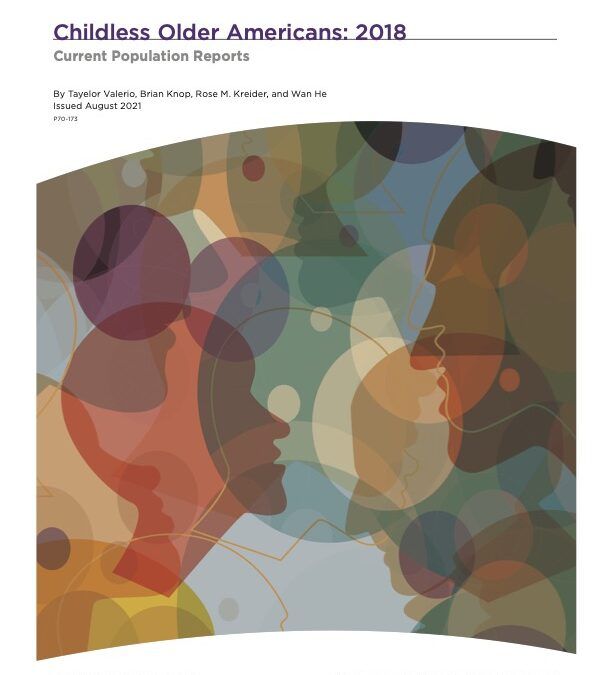 
There always seems to be a debate about how many childfree people there are out there. Part of the reason is that much of the research looks at childless versus childfree. The US Census put out a report in August 2021: Childless Older Americans: 2018 that may have as good of an answer as we are going to find: https://www.census.gov/content/dam/Census/library/publications/2021/demo/p70-173.pdf
The report used data from the 2018 Survey of Income and Program Participation (SIPP) that asked questions about fertility (among many other issues. The census report looked at adults 55 and older who were childless (had no birth children) and found that “Of the 92.2 million older adults 55 years and older in 2018, 15.2 million (16.5 percent) are childless.” (p. 2) Keep in mind that this only reflects people who did not have biological children, and the SIPP report found “that 12.8 percent of childless adults 55 years and older have step or adopted children and no biological children, but cannot distinguish between those with stepchildren and those with adopted children.” (p. 1)


So their finding of 16.5 percent are childless does not reflect childfree as we would consider them. If the definition of childfree is someone that does not have children (biological, adopted, or step), we must do a bit more analysis. The study goes on to look at household composition which may give us our answer. The report states: “Of particular concern to policymakers may be the 3.9 million older adults who live with a spouse or partner, but neither they nor their partner have biological children.” (p.9) Let’s ignore the ‘concern’ for a minute, but if you add the 3.9 million to the 6.114 million that live alone (table 4), we get the closest answer towards a childfree population: approximately 10 million. There is a chance that those that live alone have adopted or step-children, but there isn’t enough data provided to judge further.


Other studies and sites are often mentioned which say 15% are childless but these studies again look at childless people.
If we accept that childless as a group can be a proxy for childfree (it isn’t exact, but the similarities are strong), the report provides a few other important data points to understand:


The one thing I want to point out for anyone that asks the BINGO question is that there isn’t much difference in who gets financial support from family (childless 2.5%, parents 1.5%) and the bottom line is that you need to be able to support yourself, no matter if you have kids or not.
All emphasis/bold is mine, not the report, just calling it out for clarity.